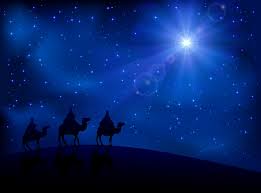 After Jesus was born in Bethlehem in Judea, during the time of King Herod, Magi from the east came to Jerusalem and asked, “Where is the one who has been born king of the Jews?  We saw his star in the east and have come to worship him.”  When King Herod heard this he was disturbed, and all Jerusalem with him.  When he had called together all the people’s chief priests and teachers of the law, he asked them where the Christ was to be born.  “In Bethlehem in Judea,” they replied, “for this is what the prophet has written: ‘But you, Bethlehem, in the land of Judah, are by no means least among the rulers of Judah; for out of you will co a ruler who will be the shepherd of my people Israel.’    Then Herod called the Magi secretly and found out from them the exact time the star had appeared.  He sent them to Bethlehem and said, “Go and make careful search for the child.  As soon as you find him, report to me, so that I too may go and worship him.”  After they had heard the king, they went on their way, and the star they had seen in the east went ahead of them until it stopped over the place where the child was.  When they saw the  star, they were overjoyed.  On coming to the house they saw the child with his mother Mary, and they bowed down and worshipped him.  Then they opened their treasures and presented him with gifts of gold and incense and of myrrh.  And having been warned in a dream not to go back to Herod, they returned to their country by another route.  Matthew 2:1-12

Several things stand out to me as I read this account of the Wise Men, Magi, arriving  from the east.  They referred to Jesus as ‘King of the Jews’ not our king indicating they were Gentiles and that all people would acknowledge Jesus as King.  This star that appeared in the sky had to stay in position, shining brightly for months as they traveled some 600-700 miles from Persia following the star’s course.   The prophecy that is referred to in this passage about the Messiah’s birth in Bethlehem was given by the prophet Micah some 7 centuries earlier!  This King Herod, also know as Herod the Great, was a non-Jew appointed by the Roman Senate and known in history to be a ruthless man who murdered family members and built great splendorous buildings. The Magi sought Jesus to worship Him and brought Him valuable gifts befitting a king.

What does this event tell us about God? First God is impartial.  He drew non-Jews to His Son to show that He is the God of all people on earth.  All will come to acknowledge Jesus as King and will bow before Him in worship.  He saves people regardless of what they have done or will do.  He saves people who have families in church and people who do not.  He saves people who are rich, poor, smart and not smart.  He is always fair.  There is nothing anyone can do to force God’s hand, or put God in their debt.  God will always do right by every person, in every situation.  The Star also shows God’s infinite character. 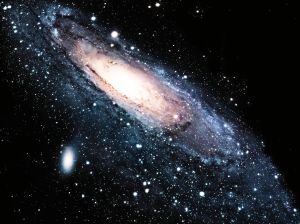 God has no beginning and no end.  He has always exited and He always will.  This is why God declared His name to be “I AM”.  God IS.  God also has no ‘size’.  There is no place that can contain God because God has not limits of any kind. There is no way to measure God, for everything that God is, is limitless.  God’s power, knowledge and love have no limits.  God the Father, Son and Spirit are all the same: infinite.  God can use all things in His creation to proclaim His being and His Son’s arrival.  His power and being are infinite.

Do you seen God as impartial and infinite?  Have you seen Him call and use all people and all things for His glory?  Do you see any limit to God’s power and love?   In 2 Peter 3:9 we are reminded “The Lord is not  slow in keeping his promise, as some understand slowness.  He is patient with you not wanting anyone to perish, but  everyone to come to repentance.”   God is impartial and wants all to be saved from their sinful state and cleansed by Jesus’ righteousness. Everyone is desired by God.  Jeremiah 23:24 says, “Can anyone hide in secret places so that I cannot see him?” declares the LORD.  “Do not I fill heaven and earth?”  declares the LORD.  God is infinite and everyone is accountable to Him.

Trusting in our impartial and infinite God,